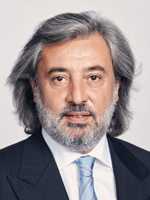 Creon Capital, Chairman of the board of directors

He started working in Moscow office of Anas Group in 1993; in 1995 he was promoted to managing director responsible for estimating the competitive milieu and compatibility of the company’s production at the level of Russia and countries of Central and Eastern Europe.

In 1996 he was appointed managing director of Faba Chemicals GmbH, where he guided developing and realizing projects of optimization of direct deliveries of raw materials from Russia and CIS countries

In 2000 he became chairman of the board of directors of Moscow consulting company Creon.

In 2001 he opened the first independent sectoral information agency RCC (Russian Chemical Consulting) GmbH, which then turned into one of the most respectable specialized informative portals in Russia.

In 2012 he headed the Group Creon, which, during several years, has been official consultant of the Ministry of economic development of the Russian Federation in classification of liquefied hydrocarbon gases (LHG).

Since 2014 he, along with WWF, determines ratings of ecological responsibility of oil and gas companies in Russia in accordance with the program Common Sense.

In 2016 Mr Kilzie took the lead in creating a foundation of direct investments Creon Energy Fund SICAV-SIF, oriented toward investing projects of the chemical sector of Russian economy. The foundation is financing different companies in Russia and in the countries of CIS – both growing and already mature ones, as well as ecological projects of “green” economy and alternative power sources.