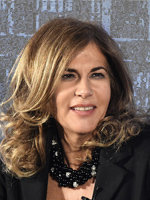 Since 2014 President of Eni. Head of Marcegaglia Holding SpA. Also she is President and Chief executive director of Marcegaglia Investments, the company responsible for management of the diversified group’s business. Member of the board of directors of Bracco SpA and Gabetti Property Solutions SpA.

She used to hold various positions in Italian and European inions of young entrepreneurs. 2004 – 2008 – vice president of Confindustria, Confederation of Italian entrepreneurs, in 2008 – 2012 headed the confederation.

2013 – 2018 – chairwoman of the European union of private businesses Businesseurope.

She has got a diploma in business economics at Bocconi university in Milan, degree of master in business administration (New York University).